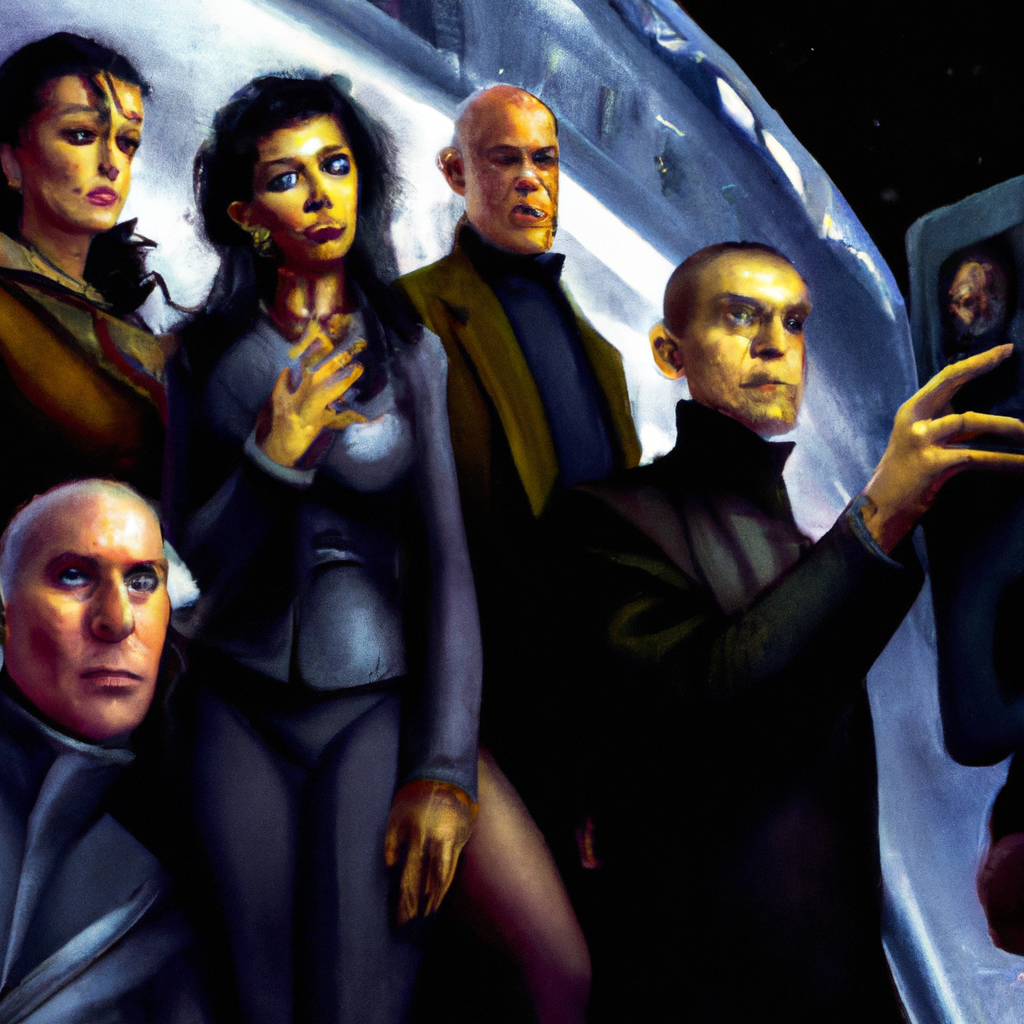 An electrifying science fiction novel, “Blindsight”, by Peter Watts, delves deep into the murky depths of consciousness, free will, and the meaning of existence. A group of scientists embarks on a quest to contact an alien species known as the “Others”. With each step, they come closer to grappling with the essential question: Is consciousness the essential ingredient for free will, or merely an emergent characteristic of complex systems? Through their interactions with the Others, our protagonists must confront the viewpoint that consciousness is no more than a universal property of all intelligent life. And yet, their search for a higher purpose leads them to conclude that the self is a mere construct and that any search for meaning in life may be futile. By journeying with the Others, ultimately they discover something far greater than themselves – something incomprehensible to human beings.

The novel delves into the depths of evolution, exploring the implications of a species that has evolved to the point of being almost unrecognizable from its human predecessors. The Others, being a highly evolved species, have become devoid of emotion and empathy, with no need for communication or a sense of self. It begs the question of what it really means to be human and whether evolution strives towards a future beyond humanity. On top of that, it raises questions about our own understanding of ourselves and our place in the universe, molded by our biology and evolution.

An iconic character in the novel is Jukka Sarasti, the vampire leader of the crew. Jukka, the predator is allegedly far more intelligent than baseline humans and his vampiric nature adds an additional layer of mystery. He is portrayed as a being with an altogether different form of consciousness and intelligence that challenges our preconceived notions of what is possible in terms of diversity in forms of consciousness and intellect.

The characters of “Blindsight” grapple with the ancient philosophical questions of free will and the meaning of existence, struggling to understand the degree of power they have over their lives and their place in the world. The novel echoes the famous words of Jean-Paul Sartre, who declared that “Man is condemned to be free,” and that our will is a constant choice, while also resonating with the insight of Arthur Schopenhauer, who believed that free will is an illusion and that all human action is determined by an irrational and blind force known as “the Will”.

The debate is timeless: do we have free will or not? Wrapped within a thrilling and suspenseful narrative, “Blindsight” forces readers to confront these timeless questions, ultimately challenging readers to reflect on their own sense of freedom and responsibility in order to gain an appreciation for their own agency and unique place in the universe.

Put simply: One of the best books I have read.

The image portrays some of the characters in the book.