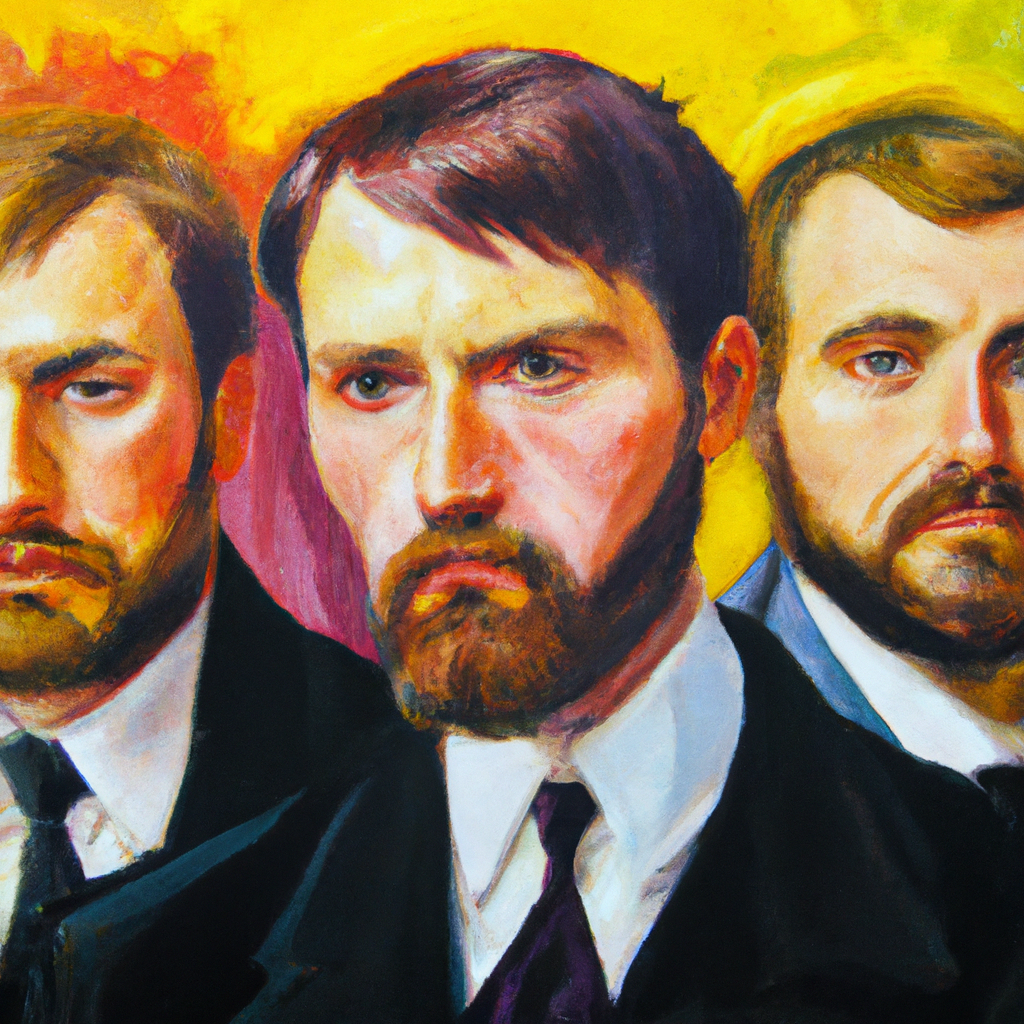 I have always been fascinated by the ways in which the characters in Fyodor Dostoevsky’s The Brothers Karamazov can be understood and interpreted. One approach that I find particularly interesting is to consider the characters through the lens of Søren Kierkegaard’s four stances towards life: the aesthetic, the ethical, the religious, and the absurdist. I turned this blog post into a YouTube video as well (see below).

In this interpretation, the father, Fyodor Karamazov, could be seen as representing the absurdist stance. He is characterized by his focus on pleasure and the present moment and is more concerned with enjoying the sensory experiences of life than with its deeper meaning or purpose. This is reflected in his hedonistic lifestyle and his neglect of his responsibilities as a father.

The eldest son, Dmitri, could be seen as representing the aesthetic stance, which is characterized by a focus on pleasure and the enjoyment of life. Dmitri is deeply concerned with sensual pleasure and the immediate experience of life, and his actions and choices are often driven by these desires. However, this focus on the present moment also leads Dmitri to struggle with moral dilemmas and the consequences of his actions, as he tries to reconcile his desires with his sense of right and wrong.

The illegitimate son Smerdyakov could also be seen as representing the aesthetic stance. Smerdyakov is described as being deeply cynical and hedonistic and is primarily motivated by his own desires and the pursuit of pleasure. He is also portrayed as being deeply aware of the inherent meaninglessness and absurdity of existence and seems to reject traditional systems of morality and meaning.

The middle son, Ivan, could be seen as representing the ethical stance, which is characterized by a commitment to moral values and principles. Ivan is deeply troubled by the existence of suffering and evil in the world and grapples with questions of morality and the nature of good and evil. This struggle ultimately leads Ivan to reject traditional systems of belief and meaning, as he confronts the limits of reason and the inherent absurdity of existence.

The youngest son, Alyosha, could be seen as representing the religious stance characterized by a belief in a higher power or transcendent reality and a focus on spiritual matters and the search for meaning and purpose in life. Alyosha is drawn to the teachings of Elder Zosima and seeks to find solace and understanding in his faith. However, he also grapples with the inherent meaninglessness and absurdity of life (especially through his father) and must find a way to reconcile this realization with his belief in a higher purpose or meaning. Overall, these four stances can be seen as representing different ways of approaching and understanding the experiences and challenges of life and can provide insight into the motivations and struggles of the characters in The Brothers Karamazov. Whether one is more drawn to the hedonistic desires of Dmitri and Smerdyakov, the moral dilemmas faced by Ivan, the spiritual search of Alyosha, or the meaningless existence of the father, there is much to discover and contemplate within the pages of this classic novel.