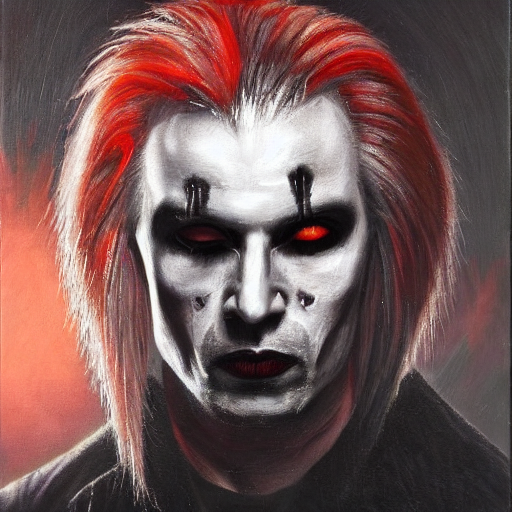 In Peter Watt’s novel, “Blindsight,” the subspecies known as “vampires” stand in contrast to regular humans. They possess enhanced intelligence, physical abilities, and a hunger to understand the world around them. They are the evolved version of Homo Sapiens, making one question the nature of humanity and our potential for evolution.

This portrayal aligns with the philosophy of Arthur Schopenhauer, who believed that the human mind has the ability to rise above base desires and reach a higher state of understanding and enlightenment. Schopenhauer stated that the human mind is in a constant search for satisfaction, leading to a never-ending cycle of desire and disappointment. He believed true happiness can only be attained by detaching from the world and renouncing desire.

In “Blindsight,” the vampires exemplify this higher state of consciousness and understanding. They are less driven by self-preservation and pleasure-seeking, instead, they focus on understanding and exploring the universe. They have a sense of wonder that regular humans lack, a reminder of humanity’s potential to evolve and rise above base desires.

The novel also contrasts the vampires’ and humans’ attitudes toward an alien civilization they encounter. While humans are driven by self-preservation and the desire to exploit alien technology, the vampires want to understand and communicate with the aliens. This aligns with Schopenhauer’s belief that true understanding and enlightenment can only be attained by looking beyond oneself and renouncing desire.

It’s important to note, however, that while the vampires in Blindsight are portrayed as being less driven by self-preservation and the pursuit of pleasure than regular humans, they are not completely detached from these impulses. They also possess a certain level of instant gratification and pleasure-seeking, especially when it comes to their heightened senses and abilities. As they are described in Blindsight, you can see that vampires are something else:

They’re back now, after all – raised from the grave with the voodoo of paleogenetics, stitched together from junk genes and fossil marrow steeped in the blood of sociopaths and high-functioning autistics.

It is of course worth noting that the portrayal of the vampires in the novel is not a universally accepted or perfect representation of Schopenhauer’s ideas. Schopenhauer’s philosophy is complex, and the novel’s interpretation of it is only one perspective. But such ideas are mind-expanding to play with.

In summary, “Blindsight” explores the nature of humanity and our potential for evolution through the portrayal of vampires. It serves as a reminder of the potential for humanity to rise above base desires and reach a higher state of understanding and enlightenment, aligning with Schopenhauer’s philosophy. All while keeping base desires, instant gratification, and sheer violence in check.

The image portrays Jukka Sarasti, the vampire leader in the book Blindsight.